How has the travel industry responded to Covid-19 and the global pandemic?

The concept of travel and tourism as we know it has its roots in the 17th century when young upper-class European gentlemen began embarking on what was called a Grand Tour: a trip around Europe that allowed them to immerse themselves in the history, art and culture. Fast-forward to the 19th century and a chap called Thomas Cook saw an opportunity to capitalise on the advent of accessible rail and steamship travel by creating the first travel agency - and so the ‘package holiday’ was born. Since then, advancements in commercial air travel and the digital revolution have brought us closer together by making travel and tourism easy and affordable - until the worst public-health crises in modern history struck.

Throughout its evolution, the travel industry has been underpinned by a basic human right that society previously took for granted: the movement of people domestically and internationally. So, when the Covid-19 pandemic blindsided society in March 2020 and governments were forced to impose draconian lockdown restrictions to control the rapid spread of the virus - closing down large swathes of their economies in the process - the travel industry ground to a halt.

Suddenly, the world’s population was under strict instructions to stay at home during some of the peak seasons for travelling. Over 240 countries and territories globally have imposed measures that restrict or deter people from entering their respective borders - many of which remain in place. According to the United Nations World Tourism Organisation (UNWTO): “Never before in history has international travel been restricted in such an extreme manner,”

From flight cancellations to border closures, global lockdowns have strangled travel and tourism in countries across the world, with airlines floundering, hotels closed, and millions of people losing their jobs - making the travel industry one of the largest casualties of the pandemic.

See what you can save for your business today

How the pandemic has impacted the travel industry: the numbers 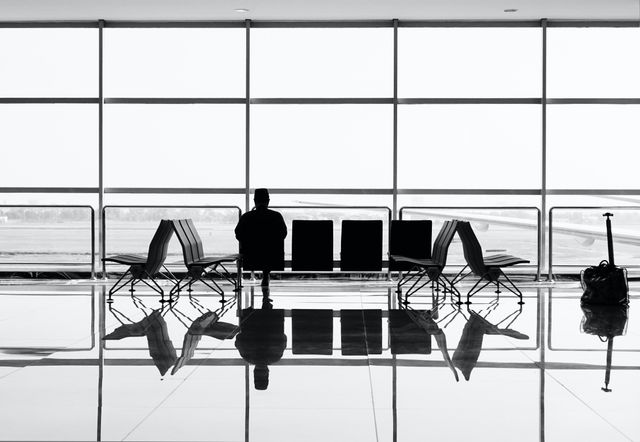 According to a report released by the UNWTO in April 2020, when the pandemic first hit, there were four broad categories of travel restrictions for counties that implemented measures immediately - of which there were 217:

If we drill deeper into the data, we can see how the pandemic sent shockwaves throughout the travel industry. 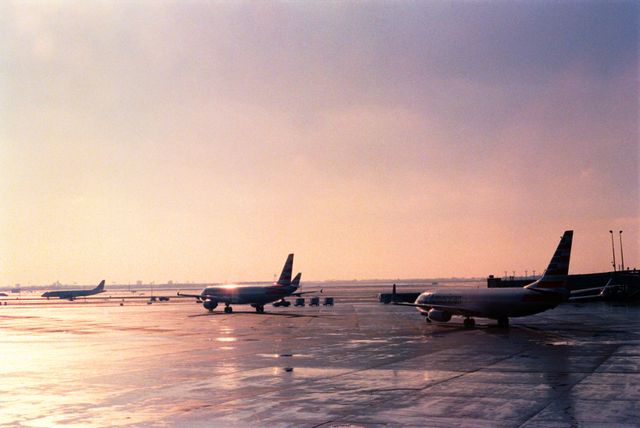 A telling effect of travel limitations has been the reduction in the number of commercial flights. According to Flightradar24 - a website that tracks flights globally - the average number of commercial flights per day dropped from more than 100,000 in January and February 2020 to 78,500 in March and 29,400 in April. Consequently, monthly air passenger arrivals to the UK alone fell from 6,804,900 in February 2020 to 112,300 in April 2020 - a staggering drop of 98.3%.

This dropoff in air travel forced airlines to ground the majority of their fleet, resulting in many experiencing existential financial difficulties - which led some governments to step in and offer a lifeline for those struggling. For example, the U.S. The Treasury Department reached an agreement with airlines including American, Delta and United for billions of dollars in government grants.

According to the International Air Transport Association (IATA) , the global air transport sector’s total revenues fell over 50%, from $838 billion in 2019 to $419 billion in 2020. This decline would have been even steeper if it wasn’t for air cargo revenues, which remained more robust than passenger revenues during this period.

Hotels have also been hit hard by the reduction in travel. Worldwide hotel occupancy levels experienced a precipitous decline in 2020, dropping to a record low of just 13% (https://amadeus.com/en/insights/press-release/rebuilding-hospitality-research-report) in April. This resulted in major hotel chains announcing layoffs and wage cuts. For example, Marriott and Hilton - two of the world's largest hotel groups - furloughed thousands of employees. While online travelling platform Expedia Group announced that it was cutting 3,000 jobs. 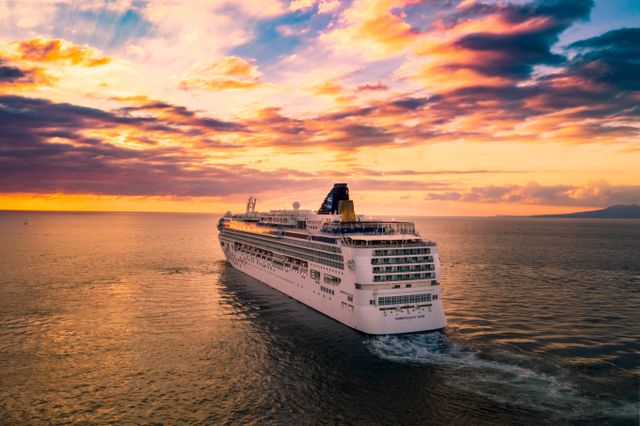 In March 2020, members of the Cruise Lines International Association announced the suspension of passenger cruise sailings worldwide. Consequently, the global cruise line sector’s revenues plummeted by almost $20 billion in a single year, having posted $27.4 billion in 2019 - a 15% jump in three years. This represented the worst market contraction in the sector’s history. However, cruise line revenues are projected to increase to $16.8 billion in 2021 after operators were given the green light to set sail again.

The World Travel & Tourism Council (WTTC) Economic Impact Report for 2020 shows that globally, over 62 million jobs were lost in the sector last year - a sector that had been responsible for generating roughly one in four of the world’s new jobs over the previous five years. As a percentage of global gross domestic product, contributions from the travel and tourism industry plummeted from 10.4% in 2019 to just 5.5.% in 2020.

Speaking following the release of the report, Gloria Guevara, the council’s president and chief executive, said: “This is a staggering and deeply worrying change in such a short time,” adding “The whole cycle of tourism is being wiped out by the pandemic.” 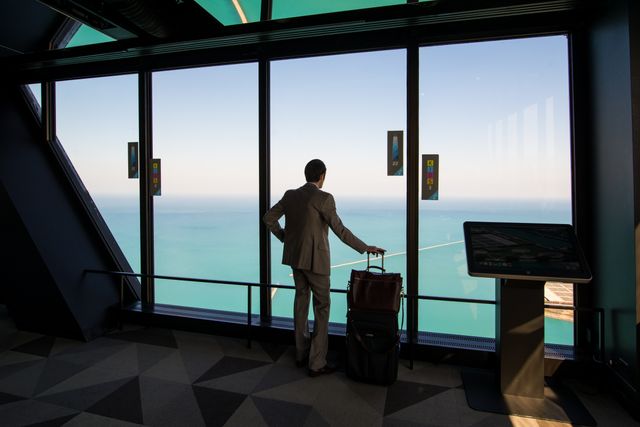 With planes back in the air, cruise liners back on the open seas, and hotels unshuttering their doors, the global travel industry has begun moving again. The gradual reversal of the pandemic has prompted this long-overdue change of fortunes following the rapid development and rollout of Covid-19 vaccines globally - giving both government officials the confidence to lift travel restrictions and the public confidence to resume travelling. These favourable conditions, combined with large pent-up demand after months of closed borders and travel bans and disposable income amassed during lockdowns, have provided the travel industry with a much-needed shot in the arm.

The patchwork of travel rules around the globe can be hard to follow for anyone planning a trip. Thankfully, the tide is changing. For example, the UK government’s Foreign Office recently dropped its advice against all but essential travel to more than 30 countries in an attempt to encourage international travel. Government officials also said the department would no longer advise against travel to non-red-list countries unless there was a concern that local healthcare systems could become overwhelmed.

EasyJet reported a four-fold jump in sales following the recent relaxation of travel rules for UK passengers, as autumn and winter sun-seekers prepared for takeoff. The spike in demand highlights the pent-up demand for travel. The airline’s boss, Johan Lundgren explained: “We had a 400% increase to Egypt and Turkey so customers are eager to go and the testing is a big obstacle for them to go.” He added: “It’s important to note that from July 1 the rest of Europe removed all restrictions for double-vaccinated passengers and clearly that’s what we’d like to see happen in the UK.” Consequently, some airports in Europe are now operating at pre-pandemic levels again.

UK Transport Secretary Grant Shapps recently announced that by the end of October 2021, eligible fully-vaccinated people arriving in the UK can use a cheaper and quicker lateral flow test for their post-arrival test - rather than the PCR version.

What does the future hold for the travel industry?

It won't be business-as-usual for the travel industry for some time yet, such was the force of the blow dealt by the pandemic - but projections for the future are looking positive. Travel bosses expect to see more holidays being booked as Covid-19 restrictions ease on international travel, with bookings over the next six months predicted to be double those compared with a year ago.

For example, capacity for EasyJet is forecast to rise to 70% of 2019 levels over the winter months in 2021/2022, and 100,000 new seats have been added for travellers planning to go overseas for Christmas. The plan to expand its services followed significant growth in passenger numbers during the three months to the end of September, with capacity reaching 58% of 2019 levels - compared to just 17% of pre-pandemic levels in the three months to the end of June.

The jump in the number of passengers taking intra-European flights - and projections for continued growth as the pandemic wanes - even led British Airways to unveil plans to launch a low-cost carrier at London's second-biggest airport, Gatwick. The proposed short-haul subsidiary aimed to compete with Ryanair and EasyJet in an area of the commercial aviation market that’s recovering more quickly from the pandemic than the long-haul routes that traditionally generated most of the airline’s profit. However, the new initiative was recently scrapped, with BA bosses blaming pilots for its decision - not the pandemic.

So, how might the travel industry shape up beyond 2021: 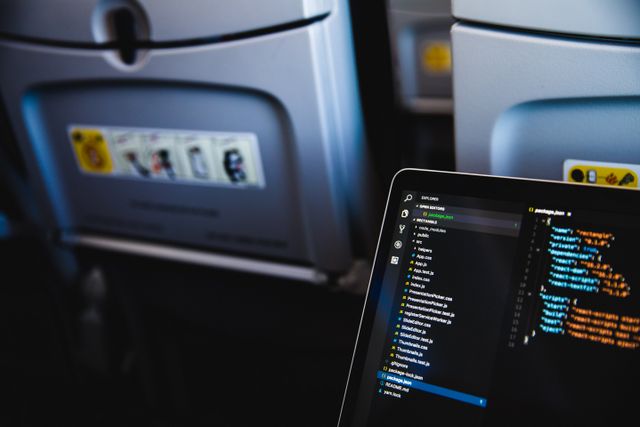 The signs are clear that the global travel industry is gradually regaining its footing as society emerges from the worst public-health crises in modern history. But the road to recovery will be a long one following the pernicious side effects of the pandemic: lockdowns, job losses, furlough, grounded flights, empty hotels - and in some cases administration.

This sudden and unexpected shift in the travel landscape has precipitated new ways of working, leaner business models, fresh challenges and even new opportunities. As businesses that operate internationally adjust to the new normal and plan for the future, they must be acutely aware of the need to manage their exposure to currency risk.

Currencies are traded around the clock - 24 hours a day. Therefore, the value of the pound against other currencies is constantly changing - not just daily but by the minute. Even slight fluctuations can make a big difference to the price of your business’s international payments. Even before the pandemic struck - and the travel industry was booming - this exposure to currency market risk had the potential to dent your bottom line if left unaccounted for; since then, the importance of mitigating the impact of exchange rate fluctuations on the cost of your international payments has been magnified.

This has brought the need to seek the services of a currency specialist into sharp focus for many businesses in the travel industry.

Clear Currency for businesses specialises in helping businesses that are exposed to currency market risk save money when making international payments - both large and small.

Transferring large sums of money into another currency and transferring them overseas can be daunting and confusing. Aware of this, we use our knowledge and experience to cut through the jargon and provide you with a friendly and personal service.

We recognise that it’s impossible to accurately predict how exchange rates will perform; therefore, it’s prudent to plan for all eventualities. With this in mind, we will assign you a dedicated account manager. In addition to helping you benefit from quick, easy, reliable and secure transfers, they can help you mitigate the impact of currency risk on your international payments.

Your account manager will work in partnership with you throughout the international payment process. For example, a business that regularly transfers money overseas will be faced with varying costs each month due to the dynamic nature of the currency market. Therefore, they will want to secure the most favourable exchange rate. Because fluctuating exchange rates make it hard to judge how much you’ll pay at any one time, your account manager can help you execute a forward contract to secure the cost of your payments. This allows you to lock in an exchange rate for a date in the future, securing the price of your international payments when the time comes to execute them.

For the travel industry