The rapid advancement of technology since the latter half of the 20th century has created a revolution within a revolution: the Digital Revolution - the shift from mechanical and analogue electronic technology to digital electronics - has paved the way for an important change in the way we engage with currencies in the 21st century.

Back in 2009, a radical new way of making payments appeared out of the ether: Bitcoin - and so the first decentralised peer-to-peer payment system was born. The clamour around this pioneering innovation that bypasses regulators, provides privacy and delivers unprecedented returns on investments - not to mention a forward-thinking vision of financial markets - soon led to the creation of a novel set of payment services, known collectively as ‘cryptocurrencies’.

These cryptocurrencies' journey into the mainstream has been a turbulent one, however, often filling column inches for the wrong reasons - from suspicions that they are used to facilitate illicit activities to their notorious volatility. And while the road has not always been smooth for this controversial innovation, the blockchain technology that underpins it has been lauded, following the rapid expansion of its ecosystem.

This has led to cautious optimism that cryptocurrency’s evolution could contribute to the development and issuance of central bank-backed digital currencies – potentially making them a secure mainstream offering in the future. In fact it is already happening. The rise of cryptocurrencies such as Bitcoin has caught the attention of increasingly tech-savvy central banks worldwide who are currently exploring a digital currency - while some countries, like China, are already trialling it. 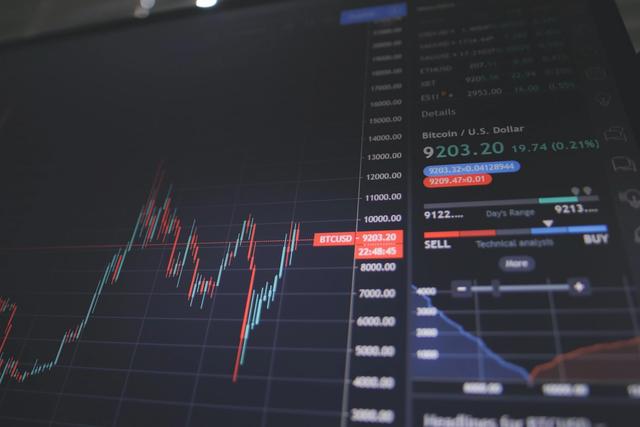 It’s easy to assume that cryptocurrencies and digital currencies are the same thing, but there are distinct differences:

Cryptocurrencies are typically decentralised, meaning regulations within the network are governed by the majority of the community. In the absence of a third party, there is no external authority over investors. Furthermore, cryptocurrencies are not anchored to the value of a legal tender, meaning they are subject to the price set by supply and demand, causing heightened volatility.

This refers to the electronic form of fiat money - a government-issued currency that is not backed by a commodity such as gold - issued by a nation’s central bank. Therefore, digital currencies - commonly known as a central bank digital currency (CBDC) - are centralised, meaning transactions within the network are regulated by the central bank.

By introducing such a currency that’s overseen by a central governmental authority, the element of anonymity that’s fundamental to the decentralised blockchain-ledger of cryptocurrencies is removed.

While a CBDC does not require encryption, users must secure their digital wallets (banking apps) with strong passwords to mitigate theft or hacking. Users must also secure their debit/credit cards with passwords.

CBDC is typically stable due to its association with a legal tender and its centralised status, making it relatively easy to manage transactions because of widespread acceptance in the global market.

So, how does CBDC differ from the digital money we use everyday to make card and online transactions - which accounts for 97% of the circulating money supply?

CBDC, unlike digital money, never takes physical form. With digital money you have the option to go to a cashpoint and turn an electronic record of your currency holdings into physical cash. CBDC, on the other hand, always remains on a computer network and is exchanged via digital means. The currency, for use by households and businesses, sits alongside cash and bank deposits, rather than replacing them.

Digital money is not created by a central bank, but by commercial banks and large payment companies. Whereas, CBDC is a digital currency that’s issued, or proposed to be issued, by a central bank..

In recent years, central banks around the world have been tentatively exploring the concept of digital currency technology - according to the Bank for International Settlement (BIS), 86% of the world’s central banks are currently weighing up the potential risks and rewards of issuing a CBDC. While many countries are in the research and exploration phase of the future application of CBDCs, China has pushed ahead with development.

In April 2020, China piloted a digital currency across four cities, which it expanded to 28 major cities in August. China plans to test the digital currency in additional major cities, including Beijing and Shanghai, aiming for broad circulation in 2022. And while some users outside China - especially in the US - might be hesitant to use a digital currency controlled by the second largest economy in the world, early adoption in parts of Asia, Latin America and Africa is likely to proceed rapidly.

Crucially, as the front-runner in the global race to meet the world’s demand for digital currencies to settle international financial transactions and own digital assets, the appeal of its CBDC could rise sharply.

Need to make payments to China?
Sign up to our platform 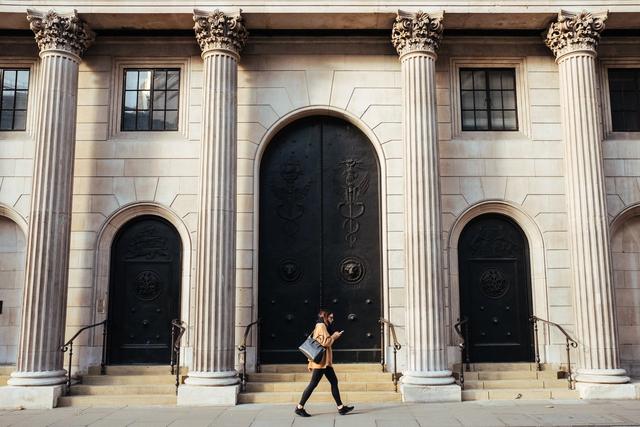 The UK has embarked on its journey to a CBDC, joining dozens of other central banks around the world on the road to financial innovation.

In March 2020, the Bank of England (BoE) published a discussion paper on digital currencies, which noted that it would be issued in sterling, it would sit at the interface between cash and private payments systems, and it would not be a crypto asset, which can fluctuate in value compared with national currencies. A primary motivation for the BoE to examine CBDC appeared to be the threat of non-bank digital currencies - such as crypto-assets like bitcoin - issued by unregulated entities outside central banks’ scope.

In June 2021, the BoE issued a new discussion paper titled ‘New Forms of Digital Money’ that builds on its previous publication. In its foreword, the central bank outlined its path to investigating CBDCs:

“Over the past decade, there has been rapid innovation in how people make payments, and Covid-19 has accelerated these trends. The use of physical cash in payments continues to decline, and demand for convenience, especially with regard to e-commerce, has fuelled public appetite for digital payments. Fintech firms, and in some cases big technology firms, are developing alternatives to traditional forms of money...At the same time, central banks globally are exploring the possibility of issuing a digital form of central bank money – often referred to as Central Bank Digital Currency (CBDC).”

In April 2021, the Treasury and BoE launched a joint task force to evaluate the creation of a CBDC to secure sterling against cryptocurrencies and improve the payments system. Having joined a worldwide trend for investigating CBDCs, chancellor Rishi Sunak said that Britain “need[ed] to go further” to remain at the forefront of financial innovation.

According to the BoE, the task force would assess whether a CBDC served a valuable purpose by examining the opportunities and risks presented, evaluating alternative technologies and reviewing developments elsewhere. It would then provide “a rigorous, coherent and comprehensive assessment of the overall case for a UK central bank digital currency”, it said in a statement.

In November 2021, it was announced that the BoE and the Treasury will launch a formal consultation on a UK CBDC - a further step towards its possible creation. The consultation, which will commence in 2022, will form part of a "research and exploration" stage and help the central bank and government to formalise plans.

The UK's CBDC is still very much in its planning phase and is not so far advanced as the Chinese currency, with the earliest date for its launch projected for the second half of the decade.

The potential benefits of these new digital assets and the government oversight that regulates them are compelling:

In its recent discussion paper ‘New Forms of Digital Money’, the BoE highlights how a CBDC could be of value:

“A Central Bank Digital Currency (CBDC) could play an important role in sustaining, and potentially expanding, retail access to central bank money. Unlike cash, CBDC would be a new form of central bank money that is digital in nature. The Bank has not yet made a decision around CBDC but is actively exploring the opportunities and risks of doing so. A CBDC would be a public liability backed by the security and resources of the state. Where coupled with innovations such as programmable money and micropayments, a CBDC may increase the utility of central bank money when compared to cash. And it could support a resilient, innovative and competitive payments landscape.”

Central banks are not blind to the risks that the introduction of a CBDC presents, which is why they are proceeding with such caution. These include:

CBDCs represent potentially the most seismic shift in the monetary system since the introduction of the central bank monopoly on notes and coins almost 200 years ago. But the key word here is “potentially”. While much progress is being made by central banks across the globe to weigh up the potential value of issuing a CBDC, the analysis remains largely abstract to experimental - with major economies like the UK not expecting to be in a position to join the party for a few years. Meanwhile, the launch of pilot schemes in countries like China, Nigeria, Cambodia and the Bahamas is blazing a trail for a future CBDC ecosystem, but remain in their infancy.

CBDCs potential to subvert traditional online payment processes is very real, but against a backdrop of tentative exploration by central banks it appears to be a dot on the horizon. Therefore, until they become established and widespread, it’s business as usual when making international payments - with more pressing matters to be dealt with. 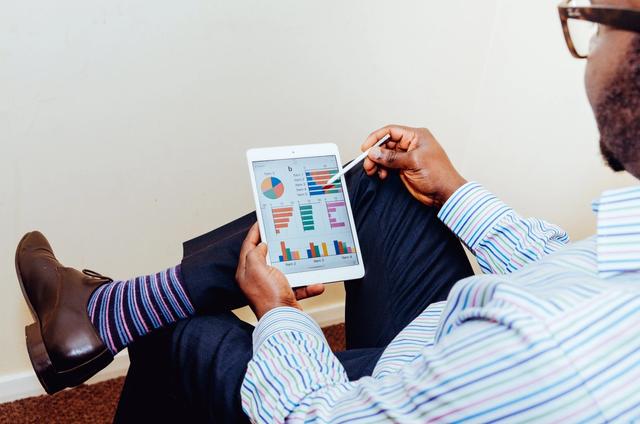 Currencies are traded around the clock - 24 hours a day. Therefore, the value of the pound against other currencies is constantly changing - not just daily but by the minute. Even slight fluctuations can make a big difference to the cost of sending money overseas - or repatriating it.

This has brought the need to seek the services of a currency specialist into sharp focus for anyone making international payments - from sending money as a gift or repatriating an inheritance to buying a house overseas or emigrating to another country.

Clear Currency specialises in helping people with international payment requirements to manage their exposure to currency market risk and save money.

Converting large sums of money into another currency and transferring them overseas can be daunting and confusing. Aware of this, we use our knowledge and experience to cut through the jargon and provide you with a friendly and personal service.

We recognise that it’s impossible to accurately predict how exchange rates will perform; therefore, it’s prudent to plan for all eventualities. With this in mind, we will assign you a dedicated account manager. In addition to helping you benefit from quick, easy, reliable and secure transfers, they can mitigate the impact of currency risk on your international payments.

To achieve this, your account manager will work in partnership with you throughout the international payment process. For example, before you make a payment, they can prevent currency risk from making the cost of doing so escalate. Unpredictable exchange rates make it hard to judge how much you’ll pay at any one time, your account manager can help you execute a forward contract to secure the cost of your international payments. This allows you to lock in an exchange rate for a date in the future, securing the price of your payments when the time comes to execute them.

Join our payments community
Sign up to our platform