The next time you hear someone say “Australia is one of the best places to live in the world” you can rest assured they’re speaking the truth - just look at the global rankings: twelfth happiest country in the world, sixth in terms of quality of life and Sydney and Melbourne always feature in the numerous lists of top ten cities.

And it’s easy to see why: low unemployment, high salaries, beachfront cities, endless space and a sun-drenched outdoor lifestyle in spectacular surroundings. From Melbourne’s cosmopolitan energy, Sydney’s glorious harbour, and Perth’s remote tranquillity to the vast ochre plains that are affectionately known as “the outback” - and everything in between - this ancient land is enticing. So much so that in 2019 it was estimated that almost 1.2 million people who were born in the UK were living in Australia.

If you choose to join them - whether it’s for work, retirement or a new life -  you’ll be blessed with an envious lifestyle that’s defined by endless summers and adventures as vast as the horizon. Before you start booking your flight to the other side of the world, however, there’s much to consider to ensure your move there will be a success - not least the cost of living.

To help you assess if your potential move to Australia is financially viable, we have compared the cost of living in the UK with Australia using figures from numbeo.com - a crowd-sourced global database of perceived consumer prices. 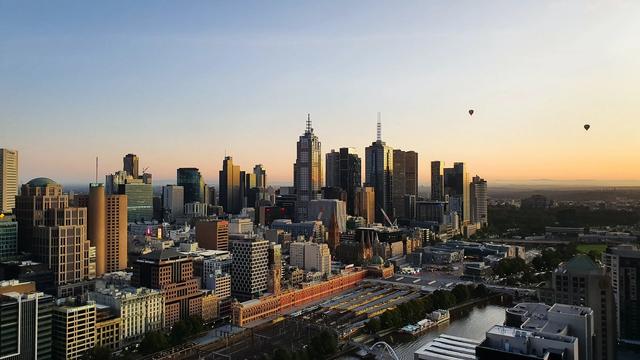 What is the average cost of living in the UK and Australia?

What is the average cost of living in London and Sydney? 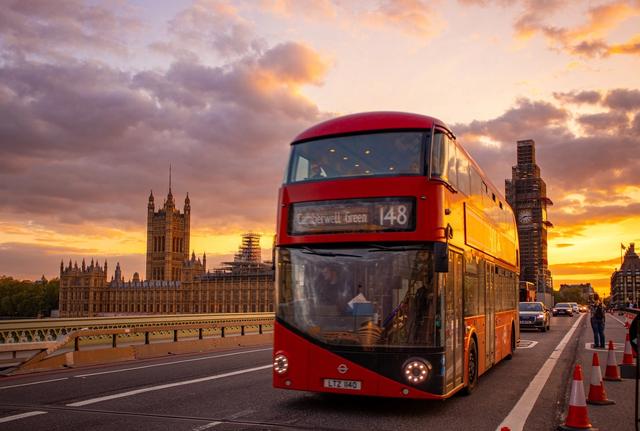 Typical costs you can expect to pay 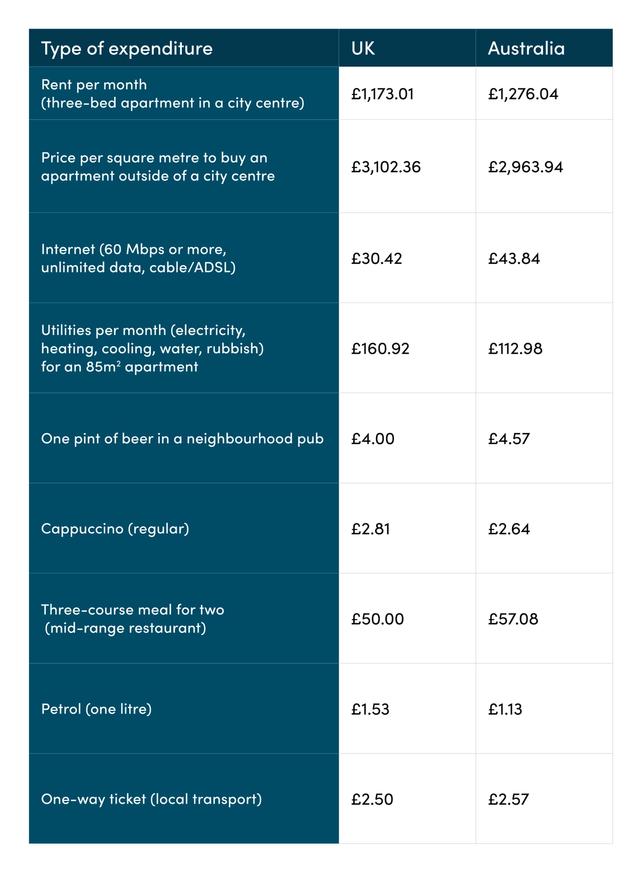 What is the average salary in the UK and Australia?

You’ve crunched the numbers and calculated that you can afford the move to Australia - from buying a property to buying a pint. But, don’t forget that your money will have to move with you, exposing it to currency market risk, which - along with transfer fees - can erode the amount that arrives Down Under.

Before the pandemic struck, this exposure to currency market risk had the potential to drive up the cost of sending money overseas if left unaccounted for. Since then, however, the importance of mitigating the impact of exchange rate fluctuations on the cost of your international payments has been magnified. This has shone a spotlight on the need to seek the services of a currency specialist.

Clear Currency specialises in helping clients who are moving overseas to save money when making international payments.

Converting large sums of money into another currency and transferring them overseas can be daunting and confusing. Aware of this, we use our knowledge and experience to cut through the jargon and give you a friendly and personal service.

We recognise that it’s impossible to accurately predict how exchange rates will perform; therefore, it’s prudent to plan for all eventualities. With this in mind, we will assign you a dedicated account manager who will work in partnership with you throughout the payment process. In addition to helping you benefit from quick, easy, reliable and secure transfers, they can help you mitigate the impact of currency risk on your budget.

For example, fluctuating exchange rates make it hard to judge how much you’ll pay at any one time; therefore, your account manager can help you execute a forward contract to secure the cost of your payment. This allows you to lock in an exchange rate for a date in the future, securing the amount of money that arrives in your Australian bank account when the time comes to execute the payment.