You’re ready for a new adventure and are considering joining over 30,000 British expats in Saudi Arabia. But before you start planning the practicalities, you first need to double check if this is a financially viable option. 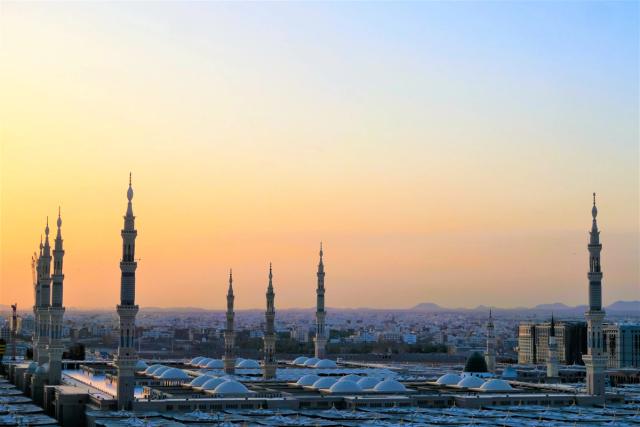 To help you make your decision, we’ve compared the average cost of living in Saudi Arabia with the UK using figures (15 June 2022) from numbeo.com – a crowd-sourced global database of perceived consumer prices. We’ve detailed what you can expect to pay in housing or rent, as well as average salaries, household expenses, transport costs and more.

The currency of Saudi Arabia

The official currency of Saudi Arabia is the Saudi Arabian riyal, which is abbreviated to SAR. Every 1 riyal is made up of 100 halalas. While some 1 riyal coins are marked as 100 halalas, most transactions are carried out in riyals, as it’s more convenient for everyone to simply round every amount to the nearest riyal.

Saudi Arabian notes each show a historical king, alongside one the country’s iconic locations:

Is Saudi Arabia expensive to live in?

As well as the glorious weather all year round and abundance of ancient history, a large part of the appeal of living in Saudi Arabia is its healthy salaries and affordable consumer prices.

The average monthly net salary in Saudi Arabia is £1,500 after tax, which is markedly high given the low prices in the country. Unlike in the UK, you will not be required to pay income tax as an overseas worker.

While the cost of living can vary greatly depending on your financial situation and the city you live in, the monthly cost of living in Saudi Arabia is, on average, 16.84% lower than in the United Kingdom.

Or maybe you have your eye on other Middle Eastern destinations and want to know where is most affordable? We’ve done our research and Saudi Arabia comes out on top. Consumer prices (without rent) in its capital city Riyadh are 13.33% cheaper than in Dubai, and 11.77% cheaper than in Doha, Qatar.

Types of expenses in Saudi Arabia

Here are some of the expenses you'll likely encounter in Saudi Arabia, compared to the costs you’d expect to pay in the UK. However, bear in mind that many businesses in Saudi Arabia will give you an employment package including a company car, medical cover and private international education allowances.

Most people in Saudi Arabia live in apartments or villas, while most Western expats live in rentals in expat compounds in high-end areas of Riyadh. Until recently, expats were only allowed to rent in Saudi Arabia, but this law has now been relaxed and foreigners can buy a single property for business or residency.

Monthly utilities in Saudi Arabia are cheaper than in the UK and most other countries around the world. That’s apart from the Internet, which you’ll notice is pretty expensive compared to the UK. Also, your utility bills will increase in the summer when you use your air conditioning more often.

The transport cost in Saudi Arabia largely depends on whether you have a car or not. Private cars and taxis are the most popular choice among foreigners and you’ll find that the cost of petrol is cheap in Saudi Arabia. Planning on travelling by public transport? Saudi Arabia has good intercity bus and train links too.

As an expat, you’ll be required to have proof of private international health insurance before your Saudi Arabian work and residence permits can be approved. Although your employer will include health insurance as part of your benefits package, you’ll still want to go through this carefully to be certain of what your premium covers and which hospitals and clinics you can visit.

As the public school system in Saudi Arabia is only available to Muslims, many expats send their children to private international schools. Often, the cost depends on the grade your child is in and which school they go to. You’ll see below that the cost of private schooling in Saudi Arabia is lower than in the UK.

Use Clear Currency to save on your overseas move

Now that you know the average cost of living in Saudi Arabia per month and the average monthly expenses involved, you’ll want to determine how you can mitigate foreign exchange risk.

A permanent move abroad will expose you to fluctuating exchange rates, high transfer costs and hidden fees, all of which can put a huge dent in your finances.

At Clear Currency, we’ll use our expertise to help you save on your international payments. Using our fast and secure online platform, you can access 35+ currencies and make same-day, instant transfers.

We can also help you reduce the risk of fluctuating exchange rates by booking in a forward contract up to a year in advance. This allows you to choose a favourable exchange rate now for a specific day in the future, so you’ll know exactly how much you will receive in your Saudi Arabian bank account when the time comes to make the transaction.

Sign up today to start your currency journey, or speak to a member of our friendly team for further information about how we can help you save on your international payments.